One of ten scores created especially for the  presidential election in the USA on November, the 3rd 2020.

The three sections of this score can be done in any order, and over any period of time.
Each of the sections can be done once, or many times.

(1) Think of something that is in danger of being lost and which you think should be saved or protected.
Write it down.
Consider why you think it’s important to save or protect this thing.

(2) Think of something you think should change, or be different, but which does not affect you directly.
Write it down.
Consider whom the change would affect and how.

Approach a stranger who is also walking there.

People walking dogs might be good to approach as they are often not in a hurry.
Don’t approach people who seem like they are in a hurry.

Stay at a 2-meter distance.

Start a conversation about something immediate – their dog, the sky, the wildlife, even the weather will do.

If the person seems happy to be talking to you about their dog, the sky, the wildlife, or the weather, tell them about either (1) or (2).

Tell them what you wrote down about it.

Try to think together how those things might happen.

** The thinking about (1) and (2), and the walking in the park/woods/field don’t have to happen on the same day.

This part of the score should be done while you’re waiting in a line for something.

If at this particular moment you are not going anywhere where you’d need to be standing in lines, keep this section of the score for another time, as you will inevitably be waiting in a line at some point somewhere.

Start by observing other people in the line.

Be discrete in your mirroring. Don’t appear confrontational.
Move slowly and quietly.
Be precise and kind and gentle with your repetitions. Like an echo of others’ movements, rather than a distorted mirror.

Don’t stay with one person for too long.
Keep observing and shifting whose movement you are doing.
The hand motion of one person,
the turn of the head of another one,
the rhythm of the breathing of yet another.

Don’t speak.
Move with others in the line with you,
as they’re moving,
as they’re waiting,
as if you are on a shared quest, on a shared trajectory, facing a shared struggle ahead.

If your windows have curtains or shades or shutters, open the curtains, lift the shades, separate the shutters.

Stand in the window facing the street, the courtyard, or whatever else your window might be facing.

Stand in the window until someone sees you.
Catch their eye, or smile at them, or wave, or nod,
or acknowledge in some other way that they have seen you and that you have seen them.

After you’ve been seen, you can stay at the window longer, or you can leave. 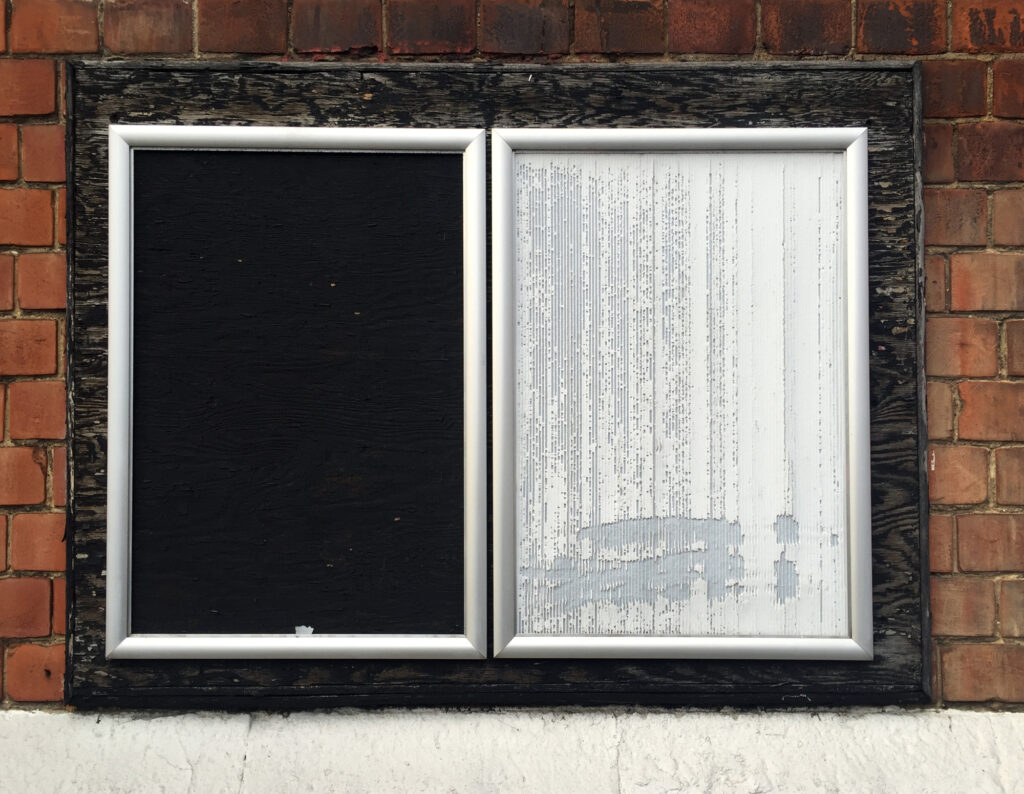 Commissioned by PACT Zollverein
and 1000 Scores

We use cookies on our website to give you the most relevant experience by remembering your preferences and repeat visits. By clicking “Accept”, you consent to the use of ALL the cookies.
Cookie settingsACCEPT
Manage consent

This website uses cookies to improve your experience while you navigate through the website. Out of these, the cookies that are categorized as necessary are stored on your browser as they are essential for the working of basic functionalities of the website. We also use third-party cookies that help us analyze and understand how you use this website. These cookies will be stored in your browser only with your consent. You also have the option to opt-out of these cookies. But opting out of some of these cookies may affect your browsing experience.

Any cookies that may not be particularly necessary for the website to function and is used specifically to collect user personal data via analytics, ads, other embedded contents are termed as non-necessary cookies. It is mandatory to procure user consent prior to running these cookies on your website.